The G-R-A-V-E-S installation is almost exactly 1000km or approximately 620 miles from my location and the BRAMS low power CW meteor radar in Belgium is around 700km away from me.

The images below are "grabs" from the widely known and respected FREE program Spectrum Laboratory by Wolfgang Buscher, DL4YHF. As many as eight instances of the program running on the same computer are used, though the configuration of each instance is different, of course, in order to produce the various different grabs.

Audio is fed from my radio, a Yaesu FT-817ND to my the soundcard of the PC running the programs - virtually any sound card can be used as the bandwidth of the source signal is only a few hundred hertz, and the sampling rate is a modest 11.025kHz.

SpectrumLab also uploads the grabbed images to the g4fui.net web server regularly, as dictated by the characteristics of the grab. 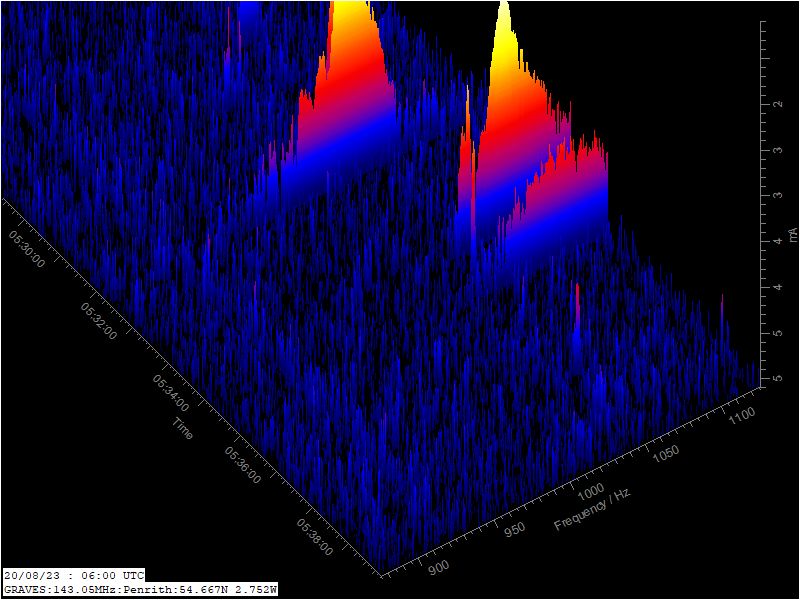 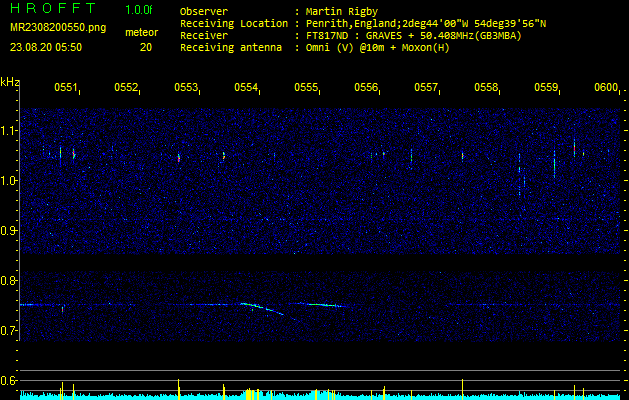 The above screen grab is from the HROFFT program, which is another application which converts the audio signal from my radio receiver(s) to a visual display known as a waterfall. It also has a built-in counting function which tries to record the number of received pings in each ten-minute period.

I used to feed this count information to another program which in turn produced a "colourgramme" display, and uploaded the data to the RMOB web site. However as I am currently unable to run the station for 24 hours per day, I have stopped doing this, as part-time data would be of little use to anyone.